The concert is anticipated to draw a record-breaking crowd to Youngstown State University’s Stambaugh Stadium, exceeding the 20,000 attendees for John F. Kennedy’s campaign rally back in 1960. “This historic event will be uncharted territory in that the potential growth of the city’s commerce, entertainment district, tourism, etc. will be exponential,” said Mayor John McNally. “We are proud of the great partnerships that have been forged as a result of this project and thank JAC Management Group/JAC Live for continually being at the forefront of that growth.”

“Y Live is the culmination of a lot of hard work and the celebration of our great community and University,” Eric Ryan, JAC Live CEO said. “Youngstown is quite literally alive with opportunity and progress right now! It is in that spirit that the concept of a live music event was born. It is our hope that Y Live grows to a multi-day, MUST-SEE music festival for people across the country!” Ryan says that his tenure as a promoter and arena/theater manager in this area has proven that Youngstown is ready for an event that transcends the walls of the city’s largest indoor venue, the Covelli Centre. “We have been fortunate to be on the receiving end of this community’s incredible support for events we have promoted and managed. We knew Youngstown was ready for a massive stadium show. This has been several years in the making and is a true city and community-wide collaboration. First, the City of Youngstown administration and city council’s support from concept to inception has been second to none,” he explained. “Then, Youngstown State University President, Jim Tressel, and his team have absolutely welcomed this event with open arms and gratefully took the title sponsorship that illustrates their commitment to this event. Finally, our presenting partners Sweeney Chevrolet Buick GMC, Huntington Bank, DeBartolo Corporation, and Eastwood Mall; without which the event would not be possible,” he finished.

Jim Tressel, President of Youngstown State University, echoes Ryan’s sentiments stating, “YSU is thrilled to have the opportunity to host this special event for our community. Congratulations to the many partners who have worked so hard to make this dream concert a reality.” Youngstown State University students will have the opportunity to purchase discounted tickets as well. More information will be released by the University next week.

Celebrated as THE Youngstown music event, Y Live will be held on Thursday, August 24, 2017, at 7:00 pm. Zac Brown Band will take the field to perform an electrified set of fan-favorites and songs from their latest album release, “Welcome Home.”

Just two days after the band plays Stambaugh Stadium, they will play the iconic Wrigley Field in Chicago, a fact that is not lost on Ed Muransky, co-promoter and CEO of The Muransky Companies. “Zac Brown Band is playing some of the most sought-after stages in the country, including Wrigley Field and The Gorge,” he said. “To add a stop in Youngstown at Stambaugh Stadium really speaks to the gravity of the event. What started as a pipe dream a few years ago is actually exceeding our expectations. An artist of this magnitude will undoubtedly be a night Youngstown will never forget,” he finished.

Agreeing with Sweeney, Denise DeBartolo York of the DeBartolo Corporation stated, “I’m excited about the resurgence of downtown Youngstown and happy to partner with JAC Live and the other generous backers to continue this trend and also help United Way.  We all must continue to do our part.”

“Huntington is also proud to be a member of this community and we are privileged to witness its resurgence and growth,” said William C. Shivers, President of Huntington Bank’s Canton and Mahoning Valley Regions. “We take our responsibility seriously to enhance the development of our regions and we are honored to participate in the inaugural Y Live event.  This event is a great example of how business and community can join together for the betterment of our region.  Not only does Y Live have the potential to make a significant economic impact – it also provides philanthropic support which is important to Huntington when electing to sponsor community endeavors,” concluded Shivers.

The philanthropic support Shivers and DeBartolo-York are speaking of will be in the form of a VIP Pre-Party and General Pre-party presented by Briarfield Health Centers. Portions of the proceeds will benefit the United Way of Youngstown. Bob Hannon, President of United Way of Youngstown and the Mahoning Valley, added, “Our United Way wants to thank JAC management, The Muransky Companies, and all the sponsors for including us in this historic event. Eric Ryan and Ed Muransky are amazing supporters of the work we are doing here in our Valley.  All the proceeds raised from this will go directly to the children and families we serve through our Education programs in the city of Youngstown and across Mahoning County.” Ed Reese, CEO of Briarfield Healthcare Centers, agrees that it is a terrific event for the community and a great opportunity to support the work of the United Way. “We are pleased to be the VIP Pre-Party sponsor for this first of its kind event in Youngstown, and hope that its success will lead to many more in the future.”

Anthony Cafaro, Jr, Co-President of The Cafaro Company conquered with his fellow presenting sponsors concluding, “The management team of Eastwood Mall has always worked hard to stage and support wonderful events for the community.  We think this will be a memorable concert and we’re proud to be a part of it.”

Preceding the concert, Y Live will kick off at 2:30 p.m. with a tailgate party in the parking lot next to the Stambaugh Stadium followed by doors opening at 5:30 p.m. Tailgate pre-sale parking will be available on Ticketmaster.com or at the Covelli Centre Box Office for $35. Day of tailgate parking is $30. A limited amount of advance parking passes will be sold. Additional information about tailgating can be found on www.ylivemusic.com.

Group Sales and Corporate Sponsorships are available by contacting Jake Jacubec at JJacubec@jacmg.com

Tailgating and Pre-Parties: visit www.ylivemusic.com as additional details will be released in the coming weeks.

Advanced tailgate lot parking available on Ticketmaster and at the Covelli Centre box office. They are $35 in advance and $30 day of event.

Three-time GRAMMY-winning multiplatinum artists Zac Brown Band kicked off their 40+ date “WELCOME HOME” 2017 North American tour and released their new album of the same name on May 12 via Southern Ground/ Elektra Records. Rolling Stone says the Dave Cobb-produced album is “southern storytelling, rootsy instrumentation and the sonic swell of eight bandmates who, once again, are firing on the same cylinder.”

Zac Brown Band’s 2016 “BLACK OUT THE SUN” tour broke attendance records at Boston’s Fenway Park and Camden’s BB&T Pavilion, and the Country Music Hall of Fame and Museum hosted a career-spanning exhibition exploring the group’s rise to fame. All this built on the group’s three platinum-selling albums (‘Uncaged,’ ‘You Get What You Give,’ and ‘JEKYLL + HYDE’), 5x platinum ‘The Foundation,’ their 2013 project ‘The Grohl Sessions Vol. 1,’ 25 million singles and eight million albums sold, and a historic fifteen #1 radio singles, along with the distinction of becoming the second act ever to top both the country and active rock formats. 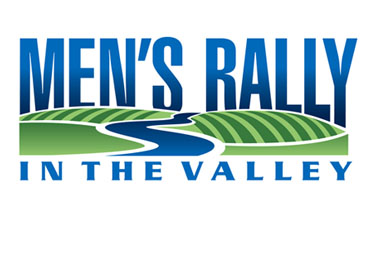 MEN’S RALLY IN THE VALLEY